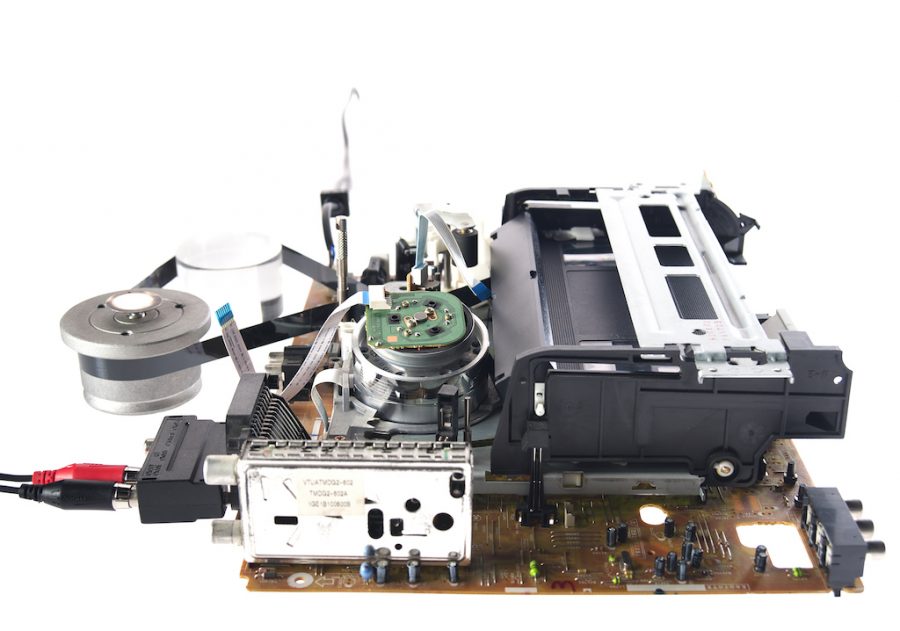 Italian sound artist Andrea Borghi’s music has always had its basis in the physical, much more so than the tendency of most music to be the auditory manifestation of real-world actions; from magnetic tape and electroacoustic devices to prepared turntables and the unconventional platters he plays upon them Borghi crafts his uncanny, spectral music using the interactions between tangible entities and his ability to influence them. VHS sees the artist working with the titular medium, but, unsurprisingly, he doesn’t just glue together segments of video tapes. True to form, Borghi works with the tapes and the recorder that plays them directly, manipulating the exposed mechanisms with the care and curiosity of a dedicated scientist. From the mass of circuitry and spinning reels he pulls electrical hums, rotary drones, and cascading clatter into the midst of his choice VHS plunderings, which include anything from fuzzy conversation snippets to distant howls of wind. As a result, the LP is a restless, shifting mass of both familiar and unrecognizable sounds, a unique chiaroscuro highlighting the precise moment that recorded media becomes perceived.