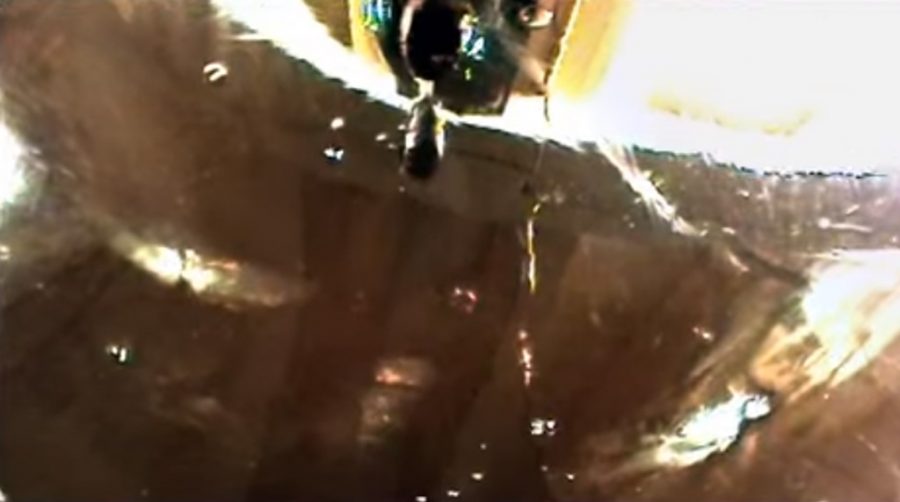 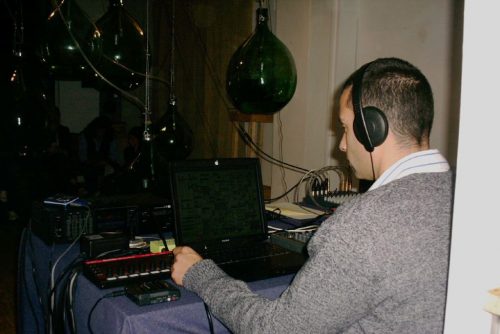 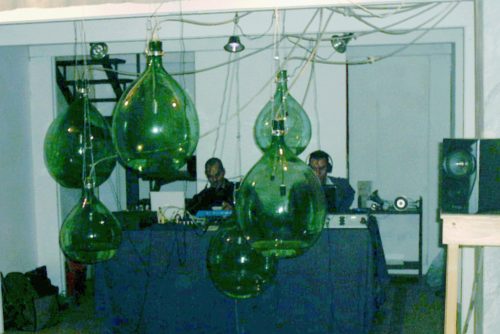 Quaalude [methaqualone, C16H14N2O ]. Antidepressant, anxiolythic, hypnotic. First introduced on the market in 1965 with the brand name of Quaalude, methaqualone earned a rising popularity during the late 70’s and early 80’s.

Due to massive and illicit abuse and several cases of death attributed to it, Quaalude was withdrawn from the market in 1984 and it was filed among restricted use drugs. Quaa|ude is an installation made of glass, steel, water, PVC, electronics and two computers. It is aimed at generating evolving sounds over time, exploring the infinite possibilities of a defined process.

Quaa|ude exploits the inner acoustics of a set of hanging glass bowls excited by falling water drops. This process is the only audio source for the whole sound landscape which is generated by the installation.

The sound trapped into the bowls enclosure is collected by internal microphones, and it is sent to the computers. Here, in the digital domain, signals are processed by two real time custom-made software applications. Resulting quadraphonic audio stream is then amplified and diffused.