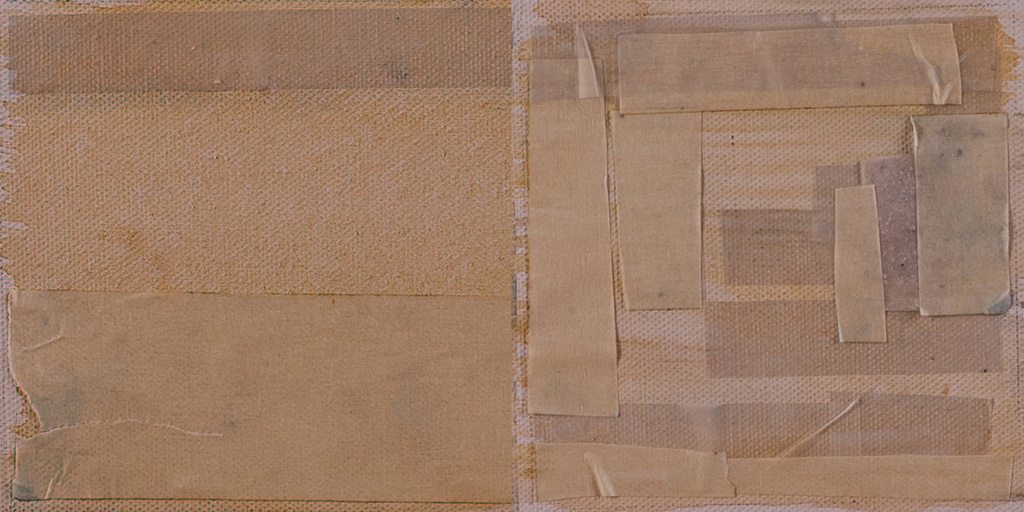 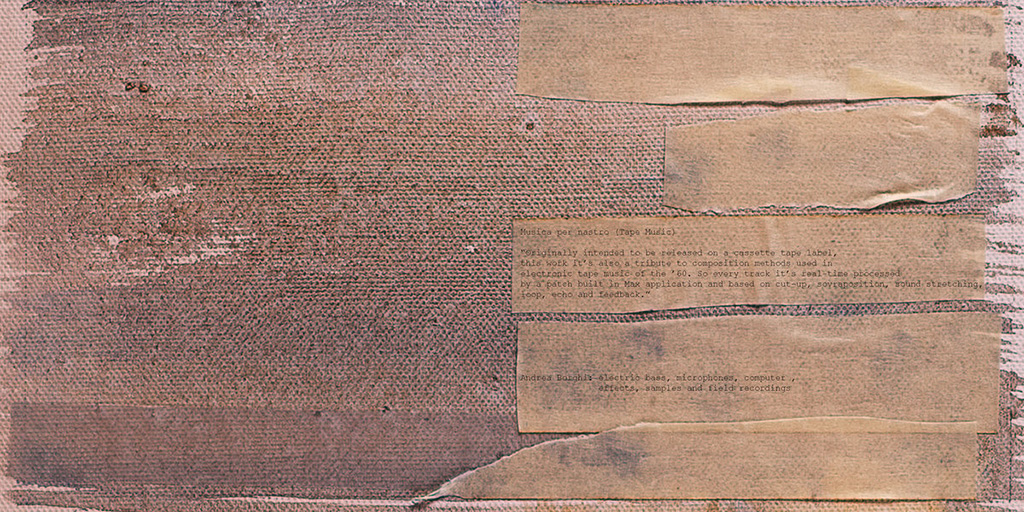 Originally intended to be released on cassette, the work is also a tribute to composition methods used in electronic tape music of the 1960s. Every track is processed in real-time by a patch built in the Max application and is based on cut-up, sovraposition, sound stretching, loop, echo and feedback.

“It’s quite restrained throughout and never does anything overly obtuse or eccentric. Instead it maintains it’s pace and it’s aura throughout to create something quite immersive and nicely unsettling.” (Wonderful Wooden Reasons)

“…Musica per Nastro (Tape Music) seems to be to be almost modern-day mood music; kinetic new age sounds for stressed-out automatons or a robotic Reiki soundtrack bereft of the irrelevance of nature sounds or bells. And its editing certainly lets you know when your session is over. At least, it’s the kind of music I’d rather be listening to while being soothed and smoothed by alternative therapy any day of the week. And I’d be lying if I said I wasn’t intrigued as to where Andrea Borghi is going to go next.” The Sound Projector

“Many a time I hear contemporary electronic music that immediately catapults me back to the classic work of the 60s (Riijmakers, Koenig, et al). I often wonder if I’m being too hasty making those connections. Well, Borghi is explicit about it, so I’m on solid ground, at least about that. Ten short pieces using real-time editing software. Borghi’s music is refreshingly subdued and subtle bearing none of the flashy, cool sounds for cool sounds’ sake that often infects the genre. While the referents may often ring a bell, the way they’re deployed and tinged lend the desired 21st century aura to the work. It’s interesting the way it (unintentionally) relates to the Akiyama/Gburek release above: a very similar contemplative sensibility, a fine insistence on non-stridency and inhabiting an indentifiable zone while finding great variety therein. Borghi’s incorporation of electric bass into the proceedings serves him well, allowing the gentlest of pulses to buoy the fragile sounds atop. A fine recording, recommended too!” (Brian Olewnick, Just Outside)